No Last Night is complete without a star, and the Proms found a shining one in the shape of Peruvian tenor Juan Diego Flórez.

He can still hit those top notes with ringing clarity, as he showed in Ah mes amis! from Donizetti’s La Fille du Régiment. And he showed an unexpected affinity for Proms silliness, when he addressed a sentimental Latin American song to a Paddington bear cradled in his arm, and sang Rule Britannia in the glowing red-and-gold regalia of an Aztec King.But his real art was displayed in Donizetti’s Una furtiva lagrima – A furtive tear – which he turned with prefect lyrical grace.

Nobody understood that better than Juan Diego Flórez, the Peruvian star tenor, who came on for Rule Britannia dressed as an Inca warrior complete with blue and orange feathered headdress and gold earrings as big as beermats, and brandishing an axehead on a staff. Flórez had already all but stolen the show with his high notes, agility and wit in arias by Rossini, Offenbach and Donizetti, and, with a microphone, with his smooth delivery of a medley of Latin numbers – the smoochiest of which was addressed to the cuddly toy Paddington (also a Peruvian guest in London) he’d been handed from the arena.

For the Last Night’s guest singer the stakes have been getting ratcheted higher year on year. Nothing daunted, Peruvian tenor Juan Diego Flórez put in a star showing. He hit high Cs by the dozen in his favourite arias by Rossini and Donizetti. When somebody threw him a cuddly Paddington Bear (another London visitor from Peru), he took up a microphone and serenaded it in classic Latin American songs with delightful panache. Finally, he reappeared swathed in a brilliant Inca costume — we loved the huge, dangling, gold earrings, like Christmas tree ornaments — to sing “Rule, Britannia!”. No question of political affiliations when the singer is South American 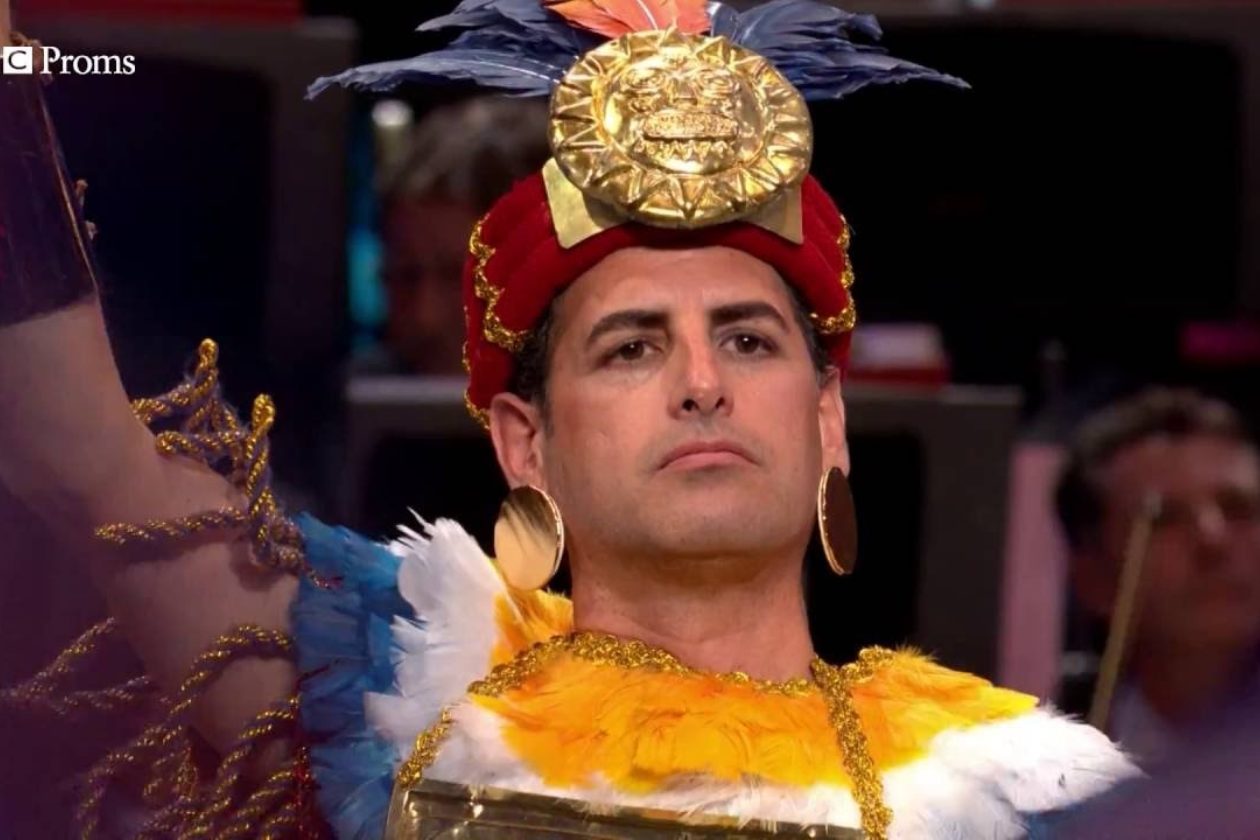