Juan Diego Flórez was born in Lima on 13 January 1973. His father, Rubén Flórez, was a singer, who specialised in performing the criollo waltzes of Peruvian composer Chabuca Granda. Juan Diego inherited both his father’s vocal talent and his love for Peruvian and Latin American music in general. His mother, María Teresa, another music-lover, gave him all the support in the world, encouraging him to persevere with his musical studies and stick to his goals.

To begin with, Juan Diego focused on pop, rock and Peruvian music. He wrote his own songs and sang live in the piano bars frequented by his schoolmates in the Barranco district of Lima. In 1989, the young singer won Peru’s first Festival of Song for Peace, which was broadcast on TV nationwide.

He always felt that all good musicians, including folk musicians, should read and write music. That’s why in 1990, having attended classes at various academies and taken his first singing lessons, he gained a place at Peru’s National Conservatory of Music. At this point, he had not fully made up his mind to devote himself to classical music. By the end of his first year at the conservatory, however, the experiences of those first twelve months were beginning to shape his vocation. Shortly after beginning his studies there, Juan Diego Flórez became a member of Peru's Coro Nacional, which played a decisive part in his musical development. 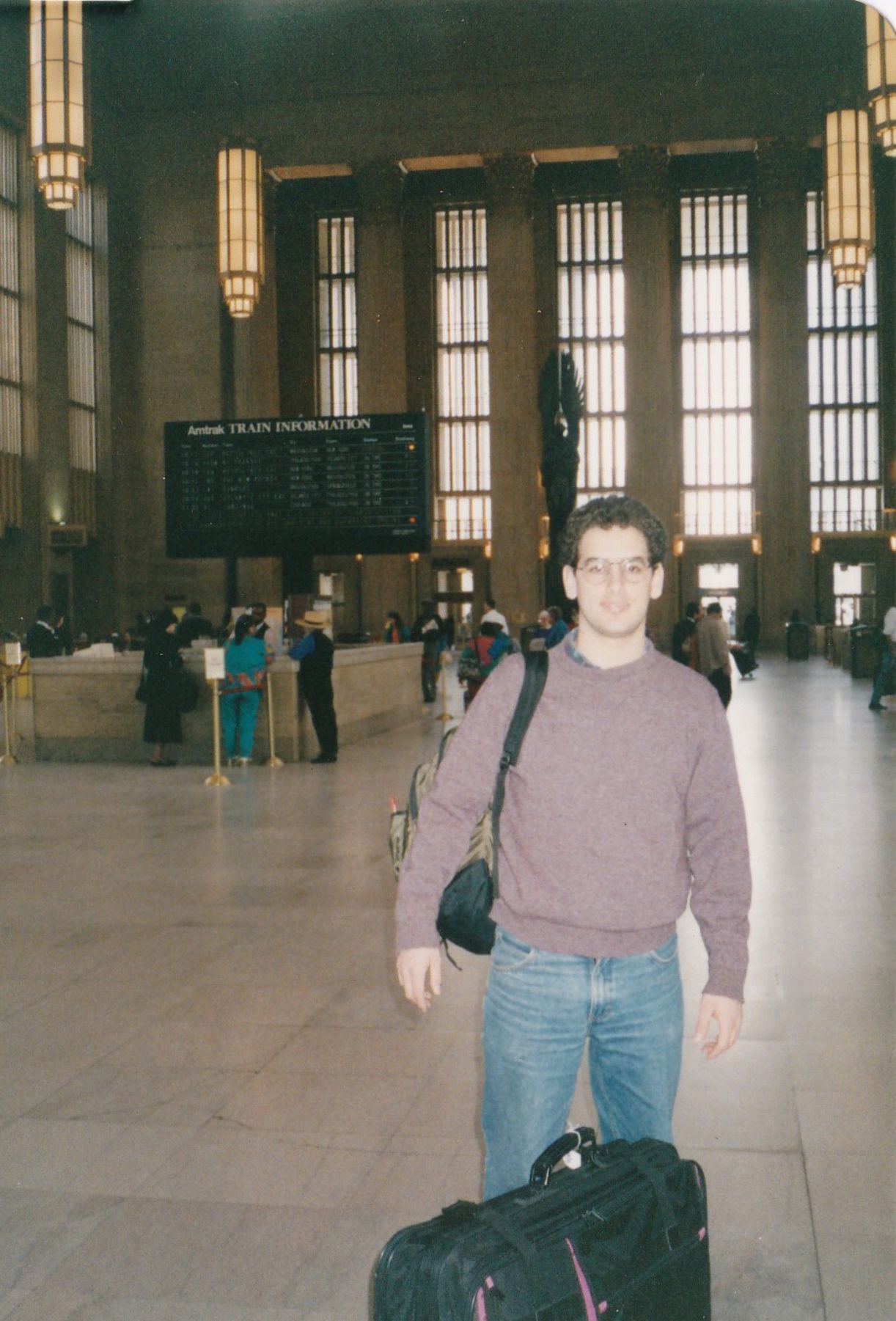 Keen to travel and to continue his education, Juan Diego then won a scholarship to the prestigious Curtis Institute of Music in Philadelphia. He studied there between 1993 and 1996, and had the opportunity to sing in a number of fully staged complete operas, with an orchestra, an excellent foundation for what was to turn out to be a spectacular career.

In 1994, Juan Diego met the celebrated Peruvian tenor Ernesto Palacio in Lima, an encounter which was to prove life-changing. He offered to help the young man get started as a professional singer, and invited Juan Diego to make a recording with him in Italy. Juan Diego visited Italy several more times, including a trip in 1995 to make a second recording with Palacio.

In 1996, Juan Diego auditioned in Bologna for the Rossini Opera Festival in Pesaro and was immediately cast in a small role in Ricciardo e Zoraide. He never sang this part, however, because events were about to catapult him into the firmament of the international opera world. It was summer and Juan Diego was already in Pesaro, rehearsing for Ricciardo e Zoraide. Shortly before the Festival’s opening night, the tenor who was due to sing the leading role of Corradino in Matilde di Shabran had to pull out because of illness. The organisers began a desperate search for a stand-in who might be up to the challenge – a less than easy task, given that this was a little-known opera, the first night was only days away, and Corradino is a very difficult role to sing. It was then that Artistic Director Luigi Ferrari offered the part to the 23 year old Juan Diego.

The tenor accepted the offer and with that the wheels were set in motion to prepare him for the imminent first night. Juan Diego had to rehearse before he’d even had time to learn the music, with the help of prompts from assistants and pianists. After a frenetic few days, the eagerly awaited first night arrived: 13 August 1996. It was a huge hit, and marked the start of his stellar career.

Some months after, Juan Diego Flórez made his debut at Teatro alla Scala as Le Chevalier Danois in Gluck's Armide on December 7 - a significant date, in that it was the opening night of the season - under the baton of Riccardo Muti, who was to be a key influence on the tenor over the next few years. Juan Diego had visited La Scala a few months earlier and, gazing out across the auditorium from one of the boxes, had said, with great prescience, “I’ll be singing here within ten years”. He could never have imagined that he’d be starring there just ten months later. 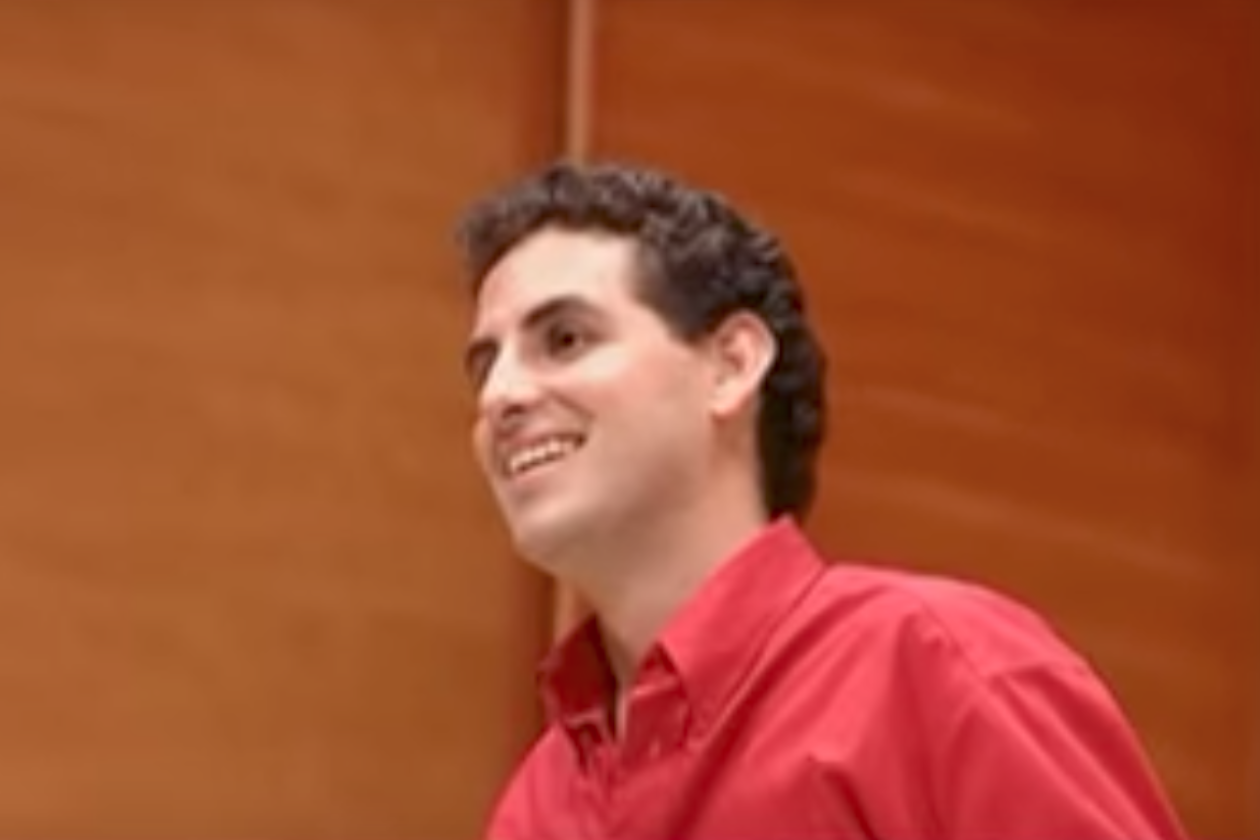 During his stays in Pesaro, Juan Diego Flórez had the chance to meet Maestro Luciano Pavarotti, who played a key role in his career.

Juan Diego was awarded with his first ECHO Klassik in the category "Opera Recording" for his first CD Rossini Arias. In 2005, he received the first prize in the same category for his CD Great Tenor Arias and in 2007, for the recording of Matilde di Shabran (Gioacchino Rossini).

During his professional career, Juan Diego Flórez has received numerous accolades and awards from the classical music world, including Premio Abbiati, Rossini d'Oro, the Premio Aureliano Pertile, the Tamagno Prize, among others.

In 2007, Juan Diego made history at La Scala when he broke a 70-year-old taboo and gave the first encore in the theatre since 1933, much to the audience’s delight. The aria in question was “Ah! mes amis” from Donizetti’s La Fille du régiment, renowned for its nine high Cs.

In 2007 he was decorated with the Orden El Sol del Perú (The Sun of Peru Order) in the rank of Gran Cruz (Great Cross), the highest decoration from the Peruvian government.

This award is for all the young people who, like me, had a dream and fought to make it come true, who overcame obstacles, fears, insecurities and fulfilled this dream. 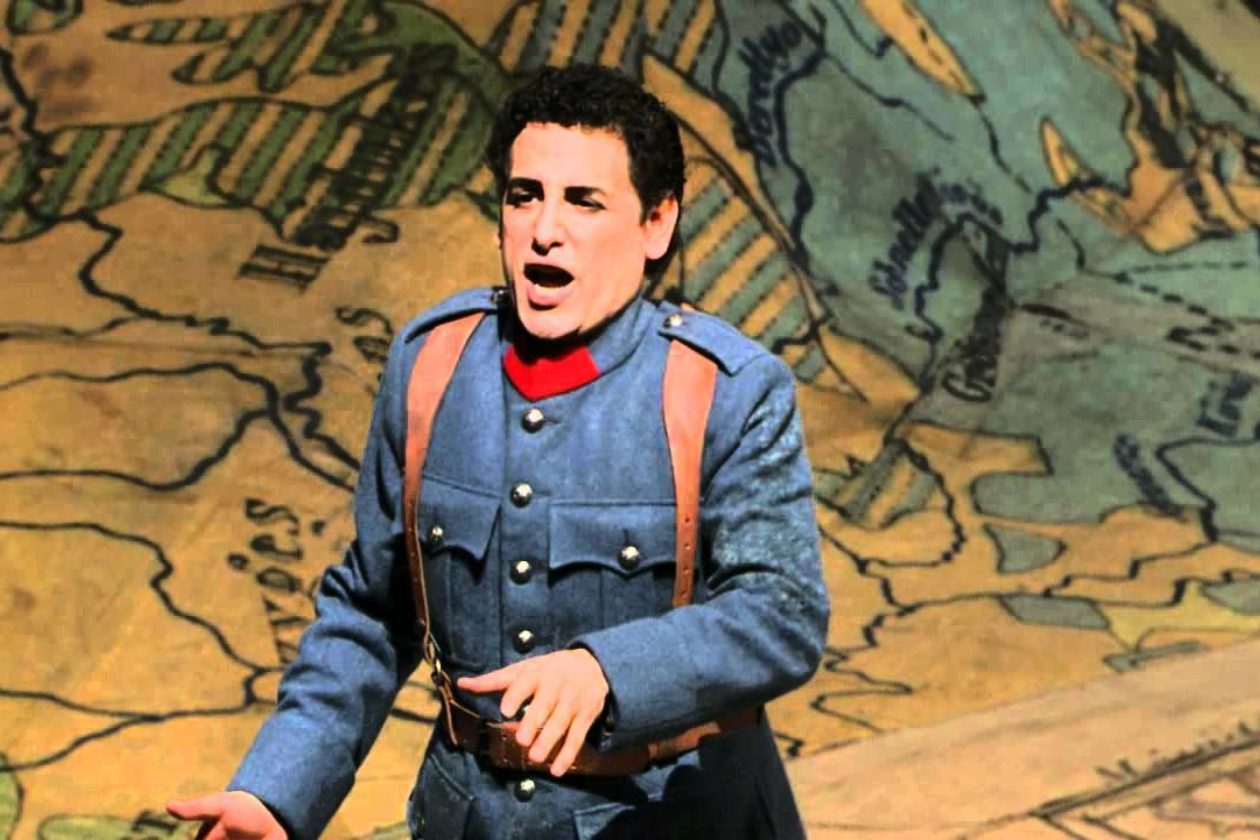 He repeated the encore occurred at La Scala a few months later at the Metropolitan Opera including the Don Ramiro’s cabaletta from the second act of Rossini’s La Cenerentola. And again in 2012 at the Opéra national de Paris, where no encores had been heard since its inauguration in 1989.

In 2009, Juan Diego Flórez visited El Sistema in Venezuela, founded by Maestro Antonio Abreu in 1975, and became deeply aware of the idea that music is a very powerful tool for social change. 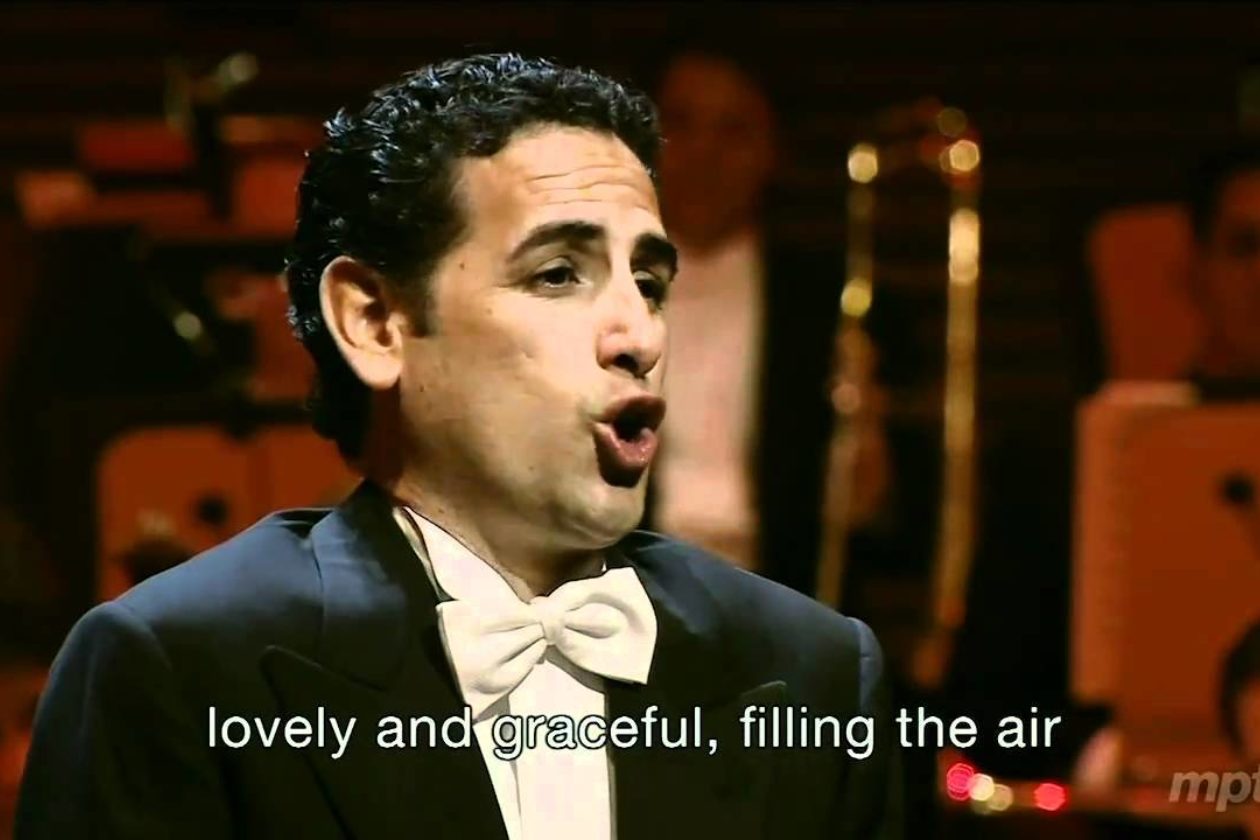 Juan Diego Flórez and Conductor Gustavo Dudamel performed at the Opening Night Gala at the Walt Disney Concert Hall accompanied by the Los Angeles Philharmonic. This memorable concert, including a sparkling program of Rossini arias and overtures and popular Latin American songs and dances, was broadcast on TV and later released on CD and DVD.

In 2011, Juan Diego Flórez funded Sinfonía por el Perú, a social inclusion project with the aim of enhancing the artistic and personal development of vulnerable children and youth in his home country through music. 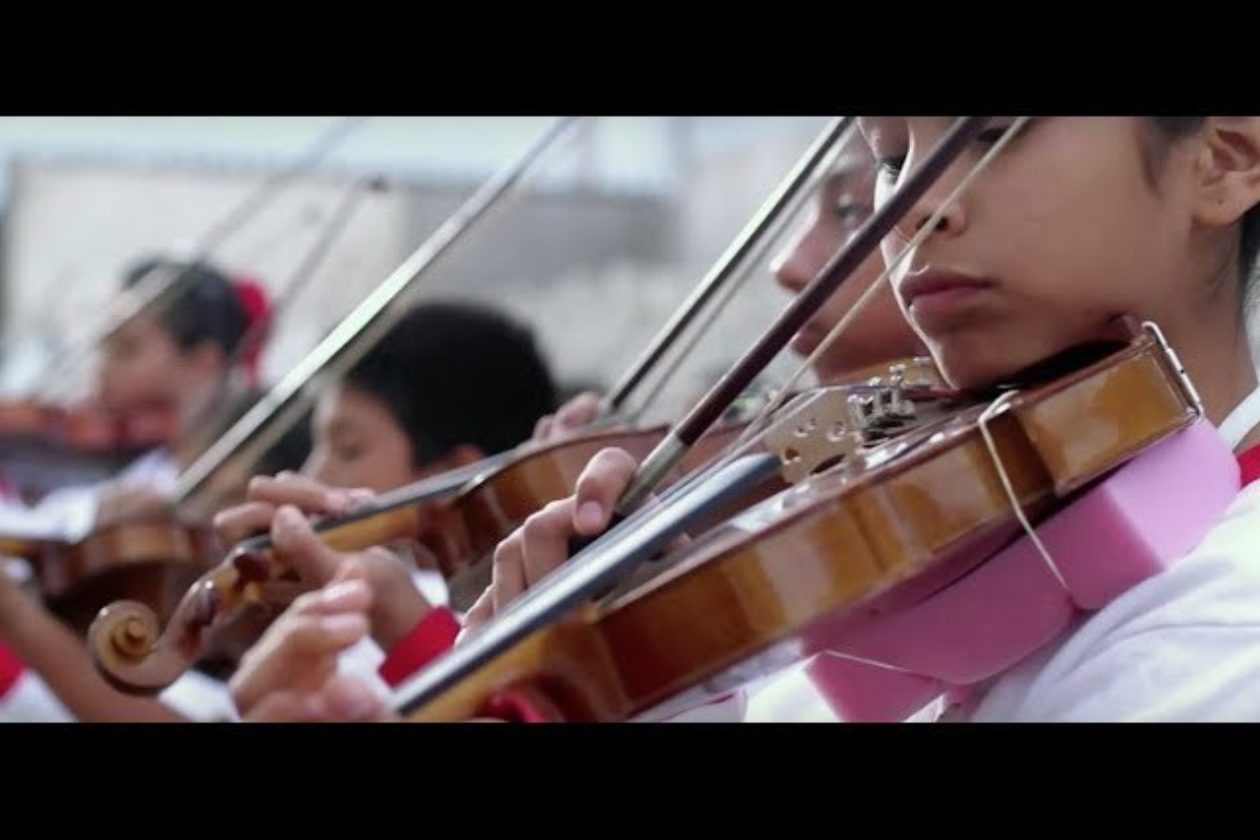 Sinfonía por el Perú has today numerous "núcleos" (music centres) throughout the country, which benefit over 6.000 children. In the music centers, children play and sing in orchestras and choirs, where they interact and develop a high self-esteem, and a set of values, habits and attitudes, which enrich and transform them.

Sinfonia por el Perú reminds me every day of how music has changed not only my life, but also the lives of thousands of children, offering them a new future full of hope. 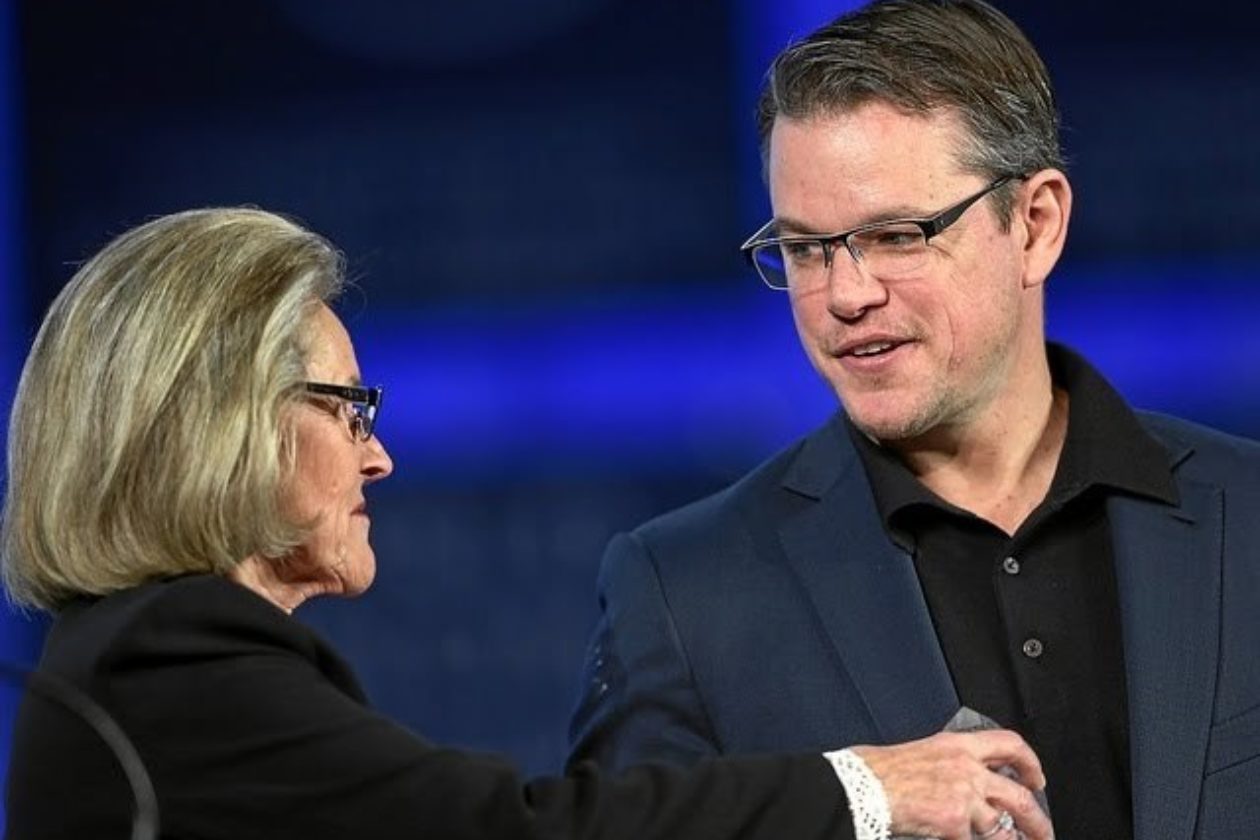 Juan Diego Flórez received the World Economic Forum's Crystal Award, which celebrate artists who not only excel in their art, but also help to improve the world around them. In his acceptance speech, Juan Diego Flórez emphasised how "in an orchestra, in a chorus, children learn values that fill the spirit and makes them better, better human beings, so they can by that transform society. That attitude is contagious, it passes that set of values and attitudes to their families and communities".